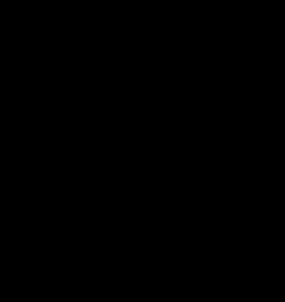 Interpretation should be a taboo word when it comes to the laws of rugby football - a rugby blasphemy. Nobody is ever there to interpret the laws.

The laws should be clearly written and then referees should simply apply them fairly. They do not have turn them into another language. All they have to do is see that the players do or don't do what the laws require of them

The problem is that the laws are not always applied. Non-application of the laws causes problems. After all the referee is not above the law. He is the law's servant. It's not for him to decide that a law doesn't matter for some reason or other, sometimes out of human respect - not wanting to be accused of being pedantic - "blowing the game to death".

We can start with the hardy annual - putting the ball in straight at a scrum.

Law 19 THROW
When both sides are square, stable and stationary, the scrum-half throws in the ball:
a. From the chosen side.
b. From outside the tunnel.
c. Without delay.
d. With a single forward movement.
e. At a quick speed.
f. Straight. The scrum-half may align their shoulder on the middle line of the scrum, thereby standing a shoulder-width closer to their side of the scrum.
g. So that it first touches the ground inside the tunnel.
Sanction: Free-kick.

Watch some matches and in some cases a. (from the chosen side) is the only part of the law complied with. You will see occasions when the scrumhalf is holding the ball inside the scrum, pointed to his side and it strikes the hooker's promoted foot without ever touching the ground. And play goes on.

In 2018 an amendment to the law allowed the scrumhalf to stand closer to his side, as in f. above. It is almost as if law-makers wanted to ensure that the opposing hooker has no chance to win the ball.

This may be at the heart of the long scrums - up to two minutes for one scrum before play can continue. If the opposing hooker has no chance of winning a heel against the head, then he and the others, especially his henchman on the tighthead side, are going to strive with might and main to give the opposing side a hard time. If they have a hooker pushing while the other side has a hooker not pushing, they may well be able to make it so hard for the other side that the scrum collapses.

It does not help that the definition no longer exists. Less is not always better! True the law now does say the following about middle line: The referee makes the mark to create the middle line of the scrum, which runs parallel to the goal lines.

Before the 2018 abridgement, b. above was more definite: The scrumhalf must stand one metre from the mark on the middle line so that the player's head does not touch the scrum or go beyond the nearest front row player. That was in 2015.

Those who are old enough will remember an infringement labelled "foot up". It was first promulgated in 1893 when it was a serious infringement if a player "being in the scrummage lifts a foot from the ground before the ball has been put into the scrummage".

In 2020, 127 years later, Law 19.20 Front-row players may gain possession by striking for the ball but only once the ball touches the ground in the tunnel.
Sanction: Free-kick.

You may sometimes have seen the ball going straight to a players calf and then back to that hooker's side, and play goes on.

Old, predecimalisation saying: If you look after the pennies, the pounds will look after themselves. Mayor Rudy Giuliani reduced crime in the city by over 50% when he got the police to start with broken windows and urinating in public, showing that cracking down on minor offences prevents the occurrence of more serious crimes.

Perhaps it could work with scrums as well. Dealing with the correct put-in and hooking could restore the contest and take away a great deal of sacrum aggression leading to resets and even injuries.

There is more to talk about in application, especially at the tackle.