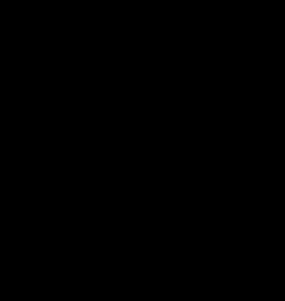 The tackle is rugby's greatest contest - for the most part man against man. And tackles gave increased in number in the modern game when, for so much of the game, avoiding the tackle has been replaced by taking the tackle, and phases are seen as victories where previously they were defeats - the defeat of attack, a victory for the defence.

Now the number of phases is heralded as a sign of promising attacking play.

There are two aspects of tackling that we should like to talk about as being at best dubious practice - the low clean out and the battle for the knee on the ground.

Let's do the genuflection first. This has come into recent rugby via Sevens and has become accepted practice.

A ball-carrier is stopped by defenders and held upright. The defenders aim to have a maul which will then become a scrum with their team to put the ball in. The ball-carrier then struggles to get a knee on the ground. If he does so the referee then calls "Tackle. Release" and the defenders then release the ball-carrier  whose team keep possession.

Law 14.1 REQUIREMENTS FOR A TACKLE
For a tackle to occur, the ball-carrier is held and brought to ground by one or more opponents.

In practice very often a team-mate of the ball-carrier joins in, thus creating a maul,

Law 16 FORMING A MAUL
2. It consists of a ball-carrier and at least one player from each team, bound together and on their feet.

A maul does not turn into a tackle. It stays a maul until it ends, either successfully or unsuccessfully.

17. A maul ends unsuccessfully when:
a. The ball becomes unplayable.
b. The maul collapses (not as a result of foul play).
c. The maul does not move towards a goal line for longer than five seconds and the ball does not emerge.
d. The ball-carrier goes to ground and the ball is not immediately available.
e. The ball is available to be played, the referee has called “use it” and it has not been played within five seconds of the call.
Sanction: Scrum.

There is the strong possibility of a contest for the ball after a tackle, which occurs when an opponent of the ball-carrier holds the ball-carrier and brings him to ground. Possession after a tackle is precious. The tackled player's team can continue their attack; their opponents would love a turnover which has the added value of surprise possession.

Then a contest for the ball usually takes place. The clean-out is an attempt to get rid of opponents who want to get the ball for themselves. The process includes playing an opponent who does not have the ball in his possession, something not otherwise allowed in general play.

The contest for the use of ball is a physical one - players driving into each other, often at speed and sometimes referred to in rugby jargon as a clean-out. The clean-out really is the forming of a ruck and requires players to be bound over the ball which is on the ground.

Some time ago, coaches wanted the "low clean-out" legalised. That is when a player on his feet it trying to get at the ball when an opponent comes in low and driving at him. The result is two players off their feet.

Law 13 PRINCIPLE
The game is played only by players who are on their feet.

Law 14 deals with the tackle and that law, even in the abbreviated version, uses the phrase on their feet six times.

The trouble with the low clean is that it is low and the player executing it is plunging (if not diving) forward and inevitably ends up off his feet.

Things at such a phase of play happen quickly and vigorously, and usually there are players on the ground, and the game becomes slower than it would be if they stayed on their feet. Getting players to move off away from the ball which is not going to be their ball is largely wishful thinking.

There are advantages in keeping players on their feet for genuine rucks:

1. faster ball;
2. a game suitable for all, not just the highly-honed athletes;
3. fewer injuries - not just those caused by the initial clean-out but also later arrivals with their leading shoulders.