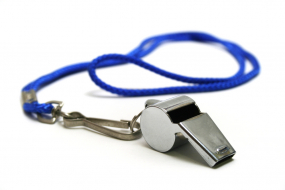 The laws of rugby football are not exempt from common sense. There was a wise old referee who, in the days when rugby football had 22 laws, would quote Law 23 Commonsense.

The pre-abbreviated law had this to say

Now to incidents from the match between Japan and South Africa in Japan on Friday, 6 September 2019'

In the first half of the match, South Africa were penalised three times, which is not excessive. One was in the second minute against Cheslin Kolbe for a deliberate knock-on, three metres inside the Japanese half. The second at about 15 minutes was for a tackle infringement against Malcolm Marx about a metre inside the South African 22. The third after the half-time siren had sounded was against Willie le Roux at a tackle. He was the tackler and deemed not to have rolled away. The penalty was about 17 metres inside the South African half.

In that half Japan were also penalised three times, all three at tackles, twice for infringements by Ataata Moeakiola.

The referee now issued a warning about repeated infringements inside the 22, and Kolisi spoke to his men. The South Africans complied and, though Japan battered at their defences though 14 phases, the South Africans were not penalised but the attack ended when, ironically, Japan were penalised at a tackle.

That was on 44 minutes. In those 44 minutes, South Africa had been penalised three times inside its own 22.

The next time South Africa were penalised was 26 minutes later. The reason for the penalty was worth discussing but let's stick with the repeated infringement charge.

The incident happened just - perhaps a metre - inside the South African 22. The player penalised was Francois Louw who had been on the field for five minutes as a substitute for Kolisi. The referee not only penalised Louw but also issued him with a yellow card, saying "Too many inside the 22." To his credit, Louw went off without demur.

It was not a repeated infringement by Louw but by the team, but one would have thought that normal refereeing practice would have judged the warning 26 minutes earlier as no longer in effect.

The reason for the penalty is not clear and obvious. Prop Isileli Nakajima carries the ball and goes to ground, but it is not clear at all that he was held in going to ground. If he was not held, he was not tackled and Louw, who was on his feet, was entitled to play the ball by hand immediately.

When Louw bends to play the ball, Yoshitaka Tokunaga of Japan drives into him. This may well have created a ruck and if, ruck formed, Louw had played the ball by hand, he was penalisable. If he had grabbed the ball before Tokunaga drove into him, Louw would have been entitled to go on playing the ball.

The referee was in a good position to see what was happening.