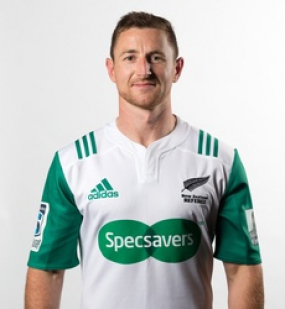 The crowd  poured in, match happened and the exciting result was a wonderful bonus. There was an strange air of past normality about it at this time of unreality to the extent that  writing  about the law application of the match seems such a niggardly thing to do in view of the glorious gift of rugby that five million New Zealanders have given the world.

Five million people and no new COVID-19 cases for 22 days - and so rugby with spectators in Dunedin. Five tries and a lead that changed twice in the last three minutes.  Those are the stats that count.

Then there are other stats - 30 penalties and two yellow cards and six scrums in the match - and lots and lots of passes.

The many penalties and the few scrums are worth noting.

The two yellow cards, both against Highlanders, were for dangerous tackles a tip tackle by fullback Vilimoni Koroi and an air tackle by wing Jona Nareki, both of which could be regarded as standard in the rugby of recent times. The mauls and the few scrums were admirably correct and produced no penalties. But tackle infringements and offside produced 28 penalties. The penalties, though numerous, did not seem to have an adverse effect on the players' efforts to play constructive rugby. On the contrary...

The referees had been told beforehand to police the tackle and its surrounds  with greater diligence than has been recent practice - not going outside the laws but simply by applying the laws.

The result for the game was that tackles were quick because they were, till just before the end, contested by players on their feet.

In fact there was little post-tackle contest. The players taking part were few in number and on their feet. The ball was quickly back in circulation, and both sides did a great deal of handling.

At the tackles, the players' determination to stay on their feet was admirable, though one wondered whether this way of playing was not robbing the game of its basic principle of a contest for and with possession which diminished it as a game for all shapes and sizes. After all a tackler is a victory for defence. If it becomes a done deal that the tackled player's team will get the ball it denies the tackler's team value for its victory.

In this match the referee was quick to penalise "holding on" to deny an early opponent the chance to get possession of the ball, as Josh Dickson found out inside the first three minutes.

He was also quick to penalise arriving players at a tackle who went off their feet in a effort to protect and/or clean out - as Chiefs No.8, Pita Gus Sowakula, found out twice.

The referee was also quick to penalise the tackled player who did not immediately make the ball available. If he kept hold of the ball and moved again with it, rolling over or lifting it up, he was penalised.

These last four actions by the referee are applications of the law, not new interpretations, and it again emphases the need for match officials to give the laws a fair chance to prove their worth!

Let's look at the law:

6. Tacklers may play the ball from the direction of their own goal line provided they have complied with the above responsibilities and a ruck has not formed.

8. Other players must:
a. Remain on their feet and release the ball and the ball-carrier immediately.
b  Remain on their feet when they play the ball.
c. Arrive at the tackle from the direction of their own goal line before playing the ball.
d. Not play the ball or attempt to tackle an opponent while on the ground near the tackle.
Sanction: Penalty.