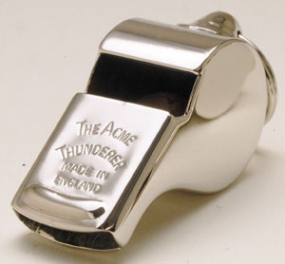 The South African Rugby Union has made clear the law variations which will apply to Primary Schools rugby in South Africa this year.

All the laws in the official law book with amendments by the International Rugby Board are applicable with the following exceptions and additions.

A number 4-ball will be used for Primary School games.

3.1 Up to 7 players may be replaced during a game. (Law 3.4)
3.2 The reserves for Craven week and provincial games must include three front row players (Two Props and a hooker) – (Law 3.3 A player that was substituted (tactically) may replace an injured player. (NB The quota system to be adhered to at Craven week and representative teams.)

4.1 All players will play barefoot.
4.2 The use of mouth guards by all players is recommended but compulsory for all players in provincial teams. (Law 4.1 (f))

For the Under-9 to Under-11 age group the conversion kick is taken not less than the 13m line from touch should a try be scored between the 13m line and touchline/corner flag.

7.1 All incidents of foul play are to be sanctioned by means of a penalty. The referee must also admonish, or caution the player and temporarily suspend, or send off the player.
7.1.1 When different players of the same team repeatedly commit the same offence, the referee must give a warning to the team and award a penalty.

7.2 In the following cases of foul play and misconduct (Law 10.4) the referee must give a yellow card and temporarily suspend the player for five (5) minutes running time:
7.2.1 Punching or striking a player, Stamping, Kicking, Tripping, Dangerous Tackles: (Stiff-arm, Playing a player in the air, Dangerous slinging), Dangerous charging, Retaliation and Repeated infringements by a player. (NB. A player and not a team) (Repeated infringements by a team are not sanctioned with a yellow card)
7.2.2 In extra ordinary circumstances the referee may consider a Red card depending on the grade of the infringement.

7.3 In the following cases the referee must give a red card and permanently suspend the player:
7.3.1 Intentionally: Head butt, Spitting, racist remarks and a dangerous “tip tackle”

7.4 Procedure when suspending a player:
7.4.1 When above happens, the referee must call the team’s coach onto the field and inform him of the reason for the temporary or permanent suspension of the player. (There should be no debate as this is informative and not justification.)
7.4.2 A yellow or red card is shown and the suspended player must remain with the team’s coach during that period.

7.5 No replacement is allowed for the suspended player except when a front row or lock is suspended (temporary or permanent). The coach must remove a back row (loose forward) player so that the team is reduced to fourteen (14) and send a replacement front row player/lock onto the field to replace the suspended player. (Under-19 variations require that at a scrum the front row players and the locks must be suitably trained to play in those positions. If not, uncontested scrums will be ordered by the referee)

7.6 If a referee gives a player a red card in any school game, the attached form must be completed by the referee and submitted within 48 hours to the Primary School Chairmen (Referees and Union).

7.7 If a player creates the impression at the tackle that he is played in the air, by jumping over a player, Law 10.4 (m) will be applicable (acts contrary to good sportsmanship). Penalty Kick.

8.1 All sanctions for offside are penalties.
8.2 The 5m offside line is applicable to back line players at the scrum and line-out.
8.3 At a scrum - 5m from the hindmost foot in the scrum.
8.4 At the line-out - 5m from the line of touch.

9.1 All players entering or approaching the tackle area must do so through ‘the gate’.
9.2 All infringements at the tackle are sanctioned by means of penalty kicks.
9.3 If the ball becomes unplayable, a scrum is awarded to the team moving forward before the referee blew his whistle.

“Squeeze ball”
IRB Action 1
* On 8 November 2001, the International Rugby Board (IRB) issued the following Note on Interpretation of Law 15.5 (d) – the tackled player.
* Law 15.5 (d) states: “A tackled player may release the ball by pushing it along the ground in any direction except forward, providing this is done immediately.”
* In recent times players having been tackled or who go to ground have done so ensuring that the ball is underneath them, they then push the ball along the ground and through their legs (a practice known as a squeeze ball).
* On most occasions when players attempt to push the ball along the ground under their bodies they are not making the ball available immediately and they are in contravention of Law 14.1 and Law 15.5. Players who attempt the action are liable to a penalty unless the ball is immediately available.
* With the emphasis on “immediately”, Referees have been instructed to enforce the above strictly. ? This in short: the “squeeze ball” will no longer be allowed.

10.1 Players may use their feet and not their hands to gain possession of the ball, provided they are on their feet and part of the ruck. (In other words, they came through the gate and joined the ruck – or have been part of the tackle, on their feet and caught up in the ruck).
10.2 It is illegal to step on players (Penalty).
10.3 All infringements at the ruck are sanctioned by penalty kicks
10.4 If the ball becomes unplayable, a scrum is awarded to the team moving forward before the referee blew his whistle.

11.1 The maul may not be pulled down by any action of a player. This is a safety matter!
11.2 A maul needs to move forward in order to be allowed. A maul that moves sideways or backwards should be ruled as stationary and refereed accordingly.
11.3 If the ball becomes unplayable, a scrum is awarded to the team that did not take the ball into the maul.

13.1 If the ball is carried over by a team from outside the 22m area to within the 22m area and subsequently kicked directly into touch – no gain in ground will be allowed (i.e. the ensuing line-out will be opposite the place here the kick was made)
13.2 If in above, the kick lands in the field off play and then rolls or bounces out – the ensuing line-out will be where the ball crossed the touch line.
13.3 ‘Carried over’ means that the ball crossed the 22m line after it was touched or played by a defending player outside the 22m area.
13.4 If the ball is carried over the 22m line and a tackle, ruck, maul ensues, then the ball may be kicked out directly and ground gained (i.e. The mentioned phases that took place inside the 22m area, ‘nullifies’ the carryover).

15.1 All players (8) in the scrum must comply with the 3-4-1 formation. The number 8 must be bound between two locks (Only due to injury may a team have less than 8 players in the scrum in which case the formation is adjusted to 3-4 and if more than one injury to 3-2-1. This is only applicable to the forwards – positions 1 to 8). The locks must pack with their heads on either side of the hooker.
15.2 There may never be fewer than 5 players in a scrum (The opposing team must conform in order to have the same number of players in the scrum as per the Under-19 rules).
15.3 The number 8 may pick up the ball and play it when the ball is at his feet and still in the scrum.
15.4 All players must remain bound in the scrum until the scrum ends. The defending number 8 may pull his head out of the scrum, provided he is still bound as per law (that is: one shoulder and arm bound onto a lock).
15.5 All the back line players except for the two scrum halves, must remain behind the offside line which is 5m behind the hindmost foot in the scrum until the scrum ends.
15.6 The offside line for both scrum halves is the middle of the scrum and not the ball.
15.7 If the scrumhalves decide to take up position alongside the scrum, they must remain within 1m of the scrum. The defending scrumhalf may move back to the hindmost foot in the scrum which now becomes his offside line. If he decides to do so, he may move beyond 1m from the scrum, providing he stays behind that offside line.
15.8 The defending scrumhalf may stay behind the 5 meter offside line as for all other backline players. He may not advance over the offside line before the scrum has ended. If his team wins a heel against the head he must remain behind the 5m off-side line.
15.9 If the place of infringement for a scrum is nearer than 5m from the goal line, the scrum will be awarded 5m from the goal line, opposite the place of infringement. The offside line for the defensive team is the goal line.
15.10 It is illegal to push more than 1.5m in a scrum in the direction of the opponent’s goal line. The number 8 may not keep the ball under his feet (He has two options namely; pick up and play or hook the ball to the scrum half – Sanction: Free kick).
15.11 The scrum may not wheel more than 45° degrees.
15.12 When a scrum is wheeled through 45° degrees, or it collapses or front row players stand up, and no penalty or free kick is awarded, the ball will be thrown in by team that originally threw in the ball.

16.1 At Primary school rugby penalties and free kicks are applicable as per the Law book.
16.2 A place kick or a drop kick is allowed at goal for penalties awarded for all age groups in primary schools.
16.3 A team is not allowed to score points from a drop goal following a free kick awarded to the team. In other words: if a drop goal is attempted from a free kick, play continues and no points are scored (This is also applicable if a scrum is chosen in the place of a free kick).

All age groups in primary schools are allowed to kick anywhere in the field of play. This is in line with senior rugby.

18.1 All forward players (positions 1 to 8) will at all times take part in scrums and line-outs. In other words there may not be interchanges between forwards and backs at a line-out and scrum (Manage and reform).
18.2 Above implies that only back line players may take up the position of the receiver at a line-out (This limitation is put in place for safety reasons).Forwards may “stand loose” at tackle, rucks and mauls if they so wish, except those arising from a line-out.
18.3 The Law change that when a Free kick or Penalty kick is awarded closer than 5m or in the In-Goal area the mark will be on the 5m line, is applicable.