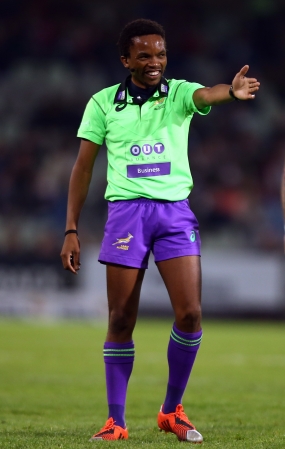 Rasta Rasivhenge of South Africa referees the first match and the last match of the Sevens at the Waikato Stadium in Hamilton, New Zealand. And when he referees that last match, between Argentina and New Zealand, it will his 250th match on World Rugby's Sevens Series.

That is more than any other referee has refereed. When he refereed his 237 match, Rasivhenge passed the record held by Anthony Moyes of Australia.

There is still a lot left in Rasivhenge's rapid legs.