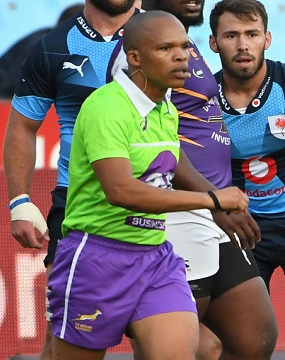 This is a crunch weekend in South African rugby, enormously so with five matches that will produce final results of great moment.

Cwengile Jadezweni of the Western Province Referees' Society will referee that match in Nelspruit.

Then on Saturday there will be four finals, reaching a climax with the Currie Cup Final, which will be refereed by Marius van der Westhuizen of Western Province, the 28th referee to referee the final of a great competition that first kicked off in 1889.

The curtainraiser to the Currie Cup final will be the Under-21 final between the Blue Bulls and Western Province with Paul Mente of Border to referee it.

The full list of matches, venues, kick-off times and match officials is below.

The TMO oat the two matches in Bloemfontein is Shaun Veldsman who is retiring from refereeing activities after this match. He had a great career as referee over a period of 20 years, the referee in the Currie Cup final of 2003 between the Blue Bulls and the Sharks, and in that same year he became South Africa's 61st Tests referee when he refereed a match between Canada and Argentina.

Appointments to the Five Matches