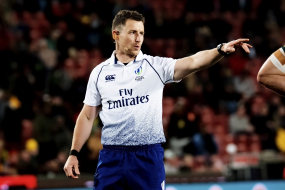 Paul Williams will be the man in charge of the massive Round Five Super Rugby Aotearoa match between the only two unbeaten sides in the competition.

The Crusaders will host the rejuvenated Blues in Christchurch in what will certainly be the pick of the matches for that competition.

Across the Tasman, Round Two of Super Rugby Australia gets going with the Melbourne Rebels taking on the Reds in Sydney after the match was moved from AAMI Park.

The Western Force makes their return to the Super Rugby fold and will most certainly want to make their presence known.