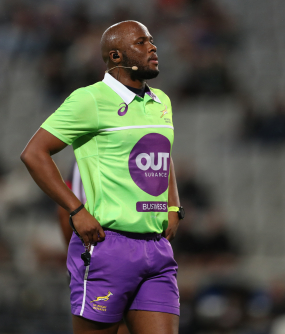 The vastly-experienced Nigel Owens will be taking charge of his seventh Heineken Champions Cup final, and his ninth European club decider in all, when Exeter Chiefs go head-to-head with Racing 92 at Ashton Gate on Saturday, 17 October 2020.

Angus Gardner will take the whistle for the second Bledisloe Cup match between New Zealand and Australia, after the first encounter ended in a tie.

Super Rugby Unlocked makes a return and we'll get to see the DHL Stormers in action for the first time as they host the Emirates Lions at DHL Newlands, under the watchful eye of referee Rasta Rasivhenge.