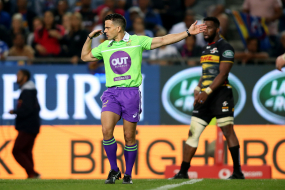 What an incredible match we saw in Super Rugby Aotearoa when the unbeaten Crusaders and Blues went head-to-head, with the former picking up the victory to remain the only unbeaten team in the competition.

They get a deserved break when Round Six gets underway on Saturday, with the Hurricanes taking on the Blues. The latter may feel as though they have something to prove after that defeat. On Sunday, the struggling Chiefs host the Highlanders.

Across the Tasman, Super Rugby AU heads into Round Three with the Reds, Western Force, Waratahs and Brumbies in action.