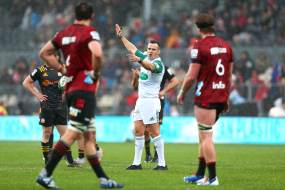 Rugby in Australasia continues to plod along as New Zealand's Super Rugby Aotearoa heads towards its climax, while Super Rugby AU nears the halfway mark.

Current leaders the Reds will have their feet up this round, which will give the Brumbies a chance to lead the way if they're able to overcome the Western Force on Saturday.

The Waratahs and The Rebels gets the round going on Friday, when they meet at the SCG.

The big question in New Zealand is who will be able to hand the Crusaders their first loss of Super Rugby Aotearoa.

The Hurricanes gets their second chance as they head to Christchurch to see if they can overturn their Round Two 25-39 defeat, while the Blues will be looking to add more heartache onto the Chiefs when the sides meet in Auckland.