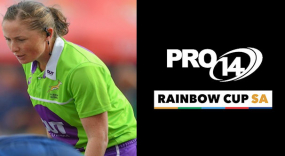 The Rainbow Cup SA continues in round 2 and South Africa’s top domestic and international women’s rugby players will return to the field with a bang for the first time since 2019 when the Women’s Premier and First Divisions kick off in May and June respectively.

The Premier Division, which features a bumper double round this season, will mark the launch of the annual provincial competitions with the first round starting on Saturday, 8 May.

The First Division – which is split into two sections – will follow, with Group 2 of the competition kicking off on Saturday, 12 June, and Group 1 starting on Saturday, 26 June.