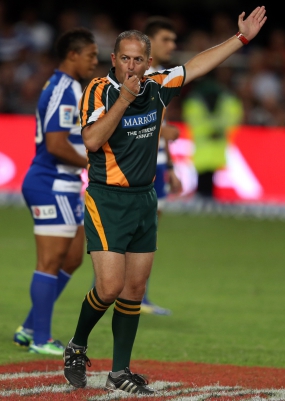 Jonathan Kaplan will referee two more Tests this year. That will take his total of Tests to 70.

In Windhoek this month there is an important triangular tournament, involving Kenya, Zimbabwe and hosts Namibia. It is especially important as the winner will go to the 2015 World Cup in London.

This year Kenya have high hopes of making the World Cup for the first time and have Western Province's Jerome Paarwater with them till the World Cup. Qualification for them is a distinct possibility. After all they beat Zimbabwe 29-17 in Madagascar this year. But then Zimbabwe have beaten Namibia only twice in 25 matches and Kenya once in five matches.

There is obviously a lot riding on the tournament.