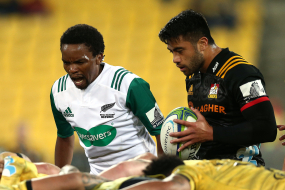 Rasta Rasivhenge is not taking part in World Rugby's Sevens Series in 2019-20. That he was included in the first release by World Rugby, was a clerical error.

World Rugby has sent out a revised panel in which Matt Rodden of Hong Kong takes Rasivhenge's place. The series started in the 1999-2000 season, which means that the 2019-20 season will be the 21st. For the first time there will be no South Africans refereeing on the men's Sevens circuit.

The panels each have their own set of selectors.

The women's panel is unaltered.