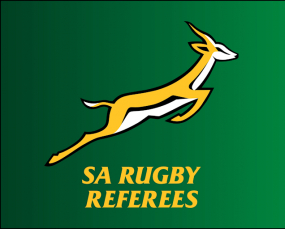 Question: Which conditions apply when all players of the team not in possession of the ball in a maul deliberately leave the maul?. Laws relating to the maul continue to apply / The laws of general play apply

Aimee: Hi Tom. The maul remains a tricky phase to manage and I think you’ve raised an interesting question.

When players intentionally leave the maul, they must retire behind the offside line immediately (hindmost feet) or they are able to re-join the maul as long as they do it from an onside position and bind onto the hindmost player (Law 16.7). If all players leave the maul and want to re-join it, they need to bind onto the foremost player of the opposition. Other players who were not part of the initial maul are also able to join as long as they meet the criteria mentioned above.

Question: In the first test between the Springboks and All Blacks just before the final penalty kick there was a move where the All Blacks was on the attack where B. Barret past the ball inside to one of his players and the Springboks number 14 hit the ball back come from the All Blacks side not even making an attempt of catching the ball, is there a ruling for that.

For this to be penalized, the ball would’ve had to have travelled forward. If this was the case, we would rule a deliberate knock on, penalized the player and potentially taken further action (yellow card) for the deliberate action and for there being a line break opportunity.

Law 11.3: A player must not intentionally knock the ball FORWARD with hand or arm. Sanction: Penalty.

Question: At u14 and u15 level. A scrum player is sent off. Must the team with all players not adjust to the same amount of players i.e 7 vs 7 etc.

Deon: Hi Willie, the non-offending team stays 15 players, however they must adjust to 7 players in the scrum if the player sent off is a forward.

Question: Good day Regarding primary school law variations Are "squeeze ball" allowed on primary school level? I know it was not allowed for some time and then allowed again as long as it happened immediately. I'm currently unsure whether it is allowed or not. Thank you for clarifying it. Waiting for your response, Kind regards

Deon: Hi Christo, this was not allowed a few years back, however it is not practical, and we have adjusted back to allow it provided it is done immediately.