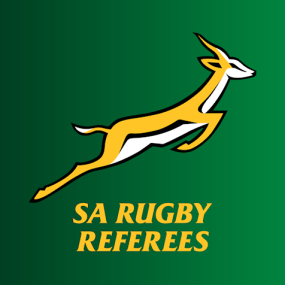 Question 1: If the ball is kicked off and it bounce first before the 10m line and roll over and the same team picks it up, is it play on or an option

Question 2: If a player knocks the ball on before the try line and it rolls over into the in-goal and the team that had the advantage picks it up and gets tackle and then ground the ball do u give an option 22 drop out or do u go back to the knock-on advantage

Answer: The referee plays advantage and deems that the non-offending team that picked up the ball was tackled and therefore no advantage has been gained.

The referee then goes back to the infringement the advantage was played for hence the knock-on before the try line.

Question 3: If a team give a short kick and it hits the corner flag bounce in field and the teams score a try, does it stand.

Answer: The TRY will stand because the corner post is deemed to be part of the field of play. What an amazing try would it not be.

Another example: if a player dives for the corner and while being in the air makes contact with the corner post, the try will stand

Question: I have a question regarding front row replacements. Scenario: Our loosehead prop (1) came of with blood and we sent our replacement (17) on for him while we attended to the blood. After the blood was stopped the loosehead (1) was sent back and at the same time requested (17) to replace no (3) tactically. Towards the end of the game, our loosehead (1) picked up an injurie and we had to take him off. We wanted to sub (1) with (3) as this was a technical sub but was stopped by the referee and told we have made our subs already and if we want to bring (3) back we will have to send 1 player off. Is this correct?

Answer: Based on your example, a tactical replaced front row can always return to replace an injured front row – Law 3.33.a.

However, should the injury cause uncontested scrums, the team will be reduced to 14.